When George Tomlin entered the world of telecom back in 1993, the hardware was a lot…heavier. “When I first went through training,” he explains, “I had to set up a 500-line switch, doing all the iron work and mounting all the equipment!” Over the next two-and-a-half decades, George honed his skills – and saw the industry undergo massive changes! – on projects all up and down the eastern seaboard. 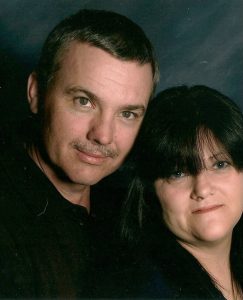 Originally from Kentucky, George has traveled everywhere from Maine to Miami working on various contract jobs. About four years ago, a Verigent recruiter reached out to him with news of a potential telecom project; the rest is history. “I’ve been on my most recent project with Verigent for about a year now,” says George, “working on central office power, transmission switching, laying fiber optic cabling, and generally just anything else that needs to get done.”

How does George’s experience with Verigent stack up against some of the other staffing agencies he’s worked with? “Oh, Verigent is definitely one of the best,” he says. “My recruiter has always been excellent at handling any issues that come up, and I’ve never had any problems getting in touch with anyone or with payroll.” And, most importantly, “Verigent keeps me busy!”

When he’s not working, George loves spending family time with his wife of 32 years, Patricia, their three grown daughters, and five grandkids. George says contract work has allowed him amazing flexibility to travel over the years, including on two month-long roadtrips to western destinations like Yellowstone, California, and Mount Rushmore. “I like to hunt, fish, camp…I’m really just an outdoorsman!” says George.

Verigent is proud to have someone with George’s experience and positive attitude on our team. In the coming months and years, George says he aspires to eventually be a “lead tech or in some kind of supervisory position.” To that we say, George, we think your future is looking pretty bright.