When Brandon Frenette began pursuing a degree in Civil Engineering, he had no idea he’d one day enter the field of professional recruiting. “I actually owned my own small business during college, so by the time graduation rolled around I knew I wanted something with a lot of responsibility,” he explains. Verigent, it turns out, was in the right place at the right time. 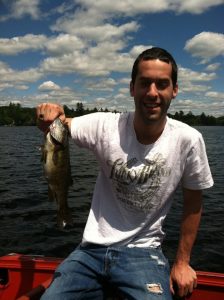 Verigent’s team spotted Brandon’s resume on a job board as he neared the end of his college career. They connected, and five years later, Brandon has risen among the ranks to become a valued member of Verigent’s managerial team. “Recruiting is actually a lot like running your own business,” says Brandon. “There are a lot of moving pieces and every day is challenging and busy but very rewarding at the same time.” Brandon also says his degree helped prepare him for some of the more technical aspects of recruiting within the telecom space. He confirms, “Everything I learned in my classes helped me get a quick start!”

Originally from Maine, Brandon, who is humble about his role, now serves as the Delivery Team Lead for Verigent’s Mid-Atlantic office in Maryland where he oversees a recruiting team of his own — who work with both contractors and clients in the IT and telecom sectors to ensure successful placements. “My team really is my favorite aspect of Verigent,” he says, “because they’re very hardworking individuals and they really care about our customers.” For the record, Brandon’s customers and teammates can’t say enough about how wonderful he is to work with, either. 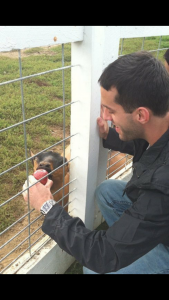 As a leader, Brandon says he’s always focusing on his ability to inspire individuals in his department to be their best. “It’s up to me to lead by example,” he says, “and to make this a fun environment but a really productive one, too.”

When he’s not brainstorming ways to continually push his team and give the best service possible to his customers, you’ll likely find Brandon and his long-time girlfriend doing something outdoors or maybe even playing pool. “I like my job very much, so I’m pretty much working all the time!” he admits.

Brandon, all that hard work shows.