Phil can distinctly remember when computers took up entire rooms. “My adventure into IT started in a computer club when I was 12, back when computers didn’t have hard drives,” he explains. A series of coding classes and one high school graduation later, and Phil landed in the aircraft maintenance division of the Air Force. There he honed his technical prowess and became known for his inventory management programming skills. “One of my programs actually got adopted at an Air Force base in South Korea,” he says, “and it’s still in use there today.” In his spare time, Phil spends a lot of time thinking about things like Smart Home technology and Artificial Intelligence. (Seriously.) 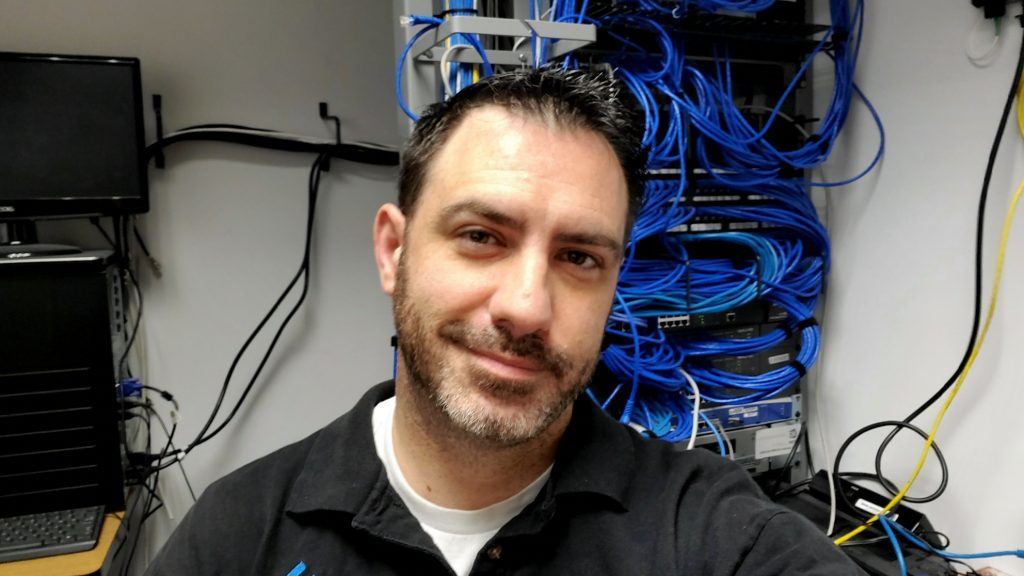 Naturally, technical talent like Phil’s doesn’t go unnoticed by Verigent for long – that’s why Phil’s been contracting for us in the greater DC metro area since all the way back in 2013. Phil’s current project with Verigent has him managing a data center just a few miles from his home in Virginia. “I help keep the cloud running so everyone can have their services,” he explains. “I do the day-to-day maintenance, network upgrades, and troubleshoot when things break. I love it because it’s just me, a bunch of computers, and a lot of noisy fans!”

So why would someone like Phil with so many career options decide to work with Verigent? “Verigent is the only staffing firm I’ve ever worked for,” he says, “and I honestly wouldn’t go anywhere else.” Phil says he was first drawn to Verigent after a series of positive interactions with his recruiter, Josh Tate. He’s stayed because, well, we’ll let him tell you: “They’ve been so good, treated me so kind, always had my best interest at heart,” says Phil. “They’re absolutely wonderful. I’ve recommended a ton of people to Verigent.”

In addition to his great experience with Verigent, Phil says he’s really keen on a lot of the benefits that come part-and-parcel with contract work. “I get to make my own hours, get to meet new people, don’t have to worry about traffic, and I’m not stuck behind desk,” he says.